A couple of seasons ago, with Joey Barton on his way to Marseille (imagine that…), at French Football Weekly we put together a French-English phrasebook to help translate some of the national nuances of the global language of football.

Football is a rich area for metaphor, of course, and the nature of that is also connected to wider cultural approaches; the English speak of a clean sheet (practical) and the French of une cage vierge (ostensibly romantic but a bit creepy when you think about it). Commentators drily note a le troisième poteau when a corner or free-kick sails past the two that are important. Some players can become verbs – zlataner now meaning to win, to outdo, to dominate physically, maybe even to humiliate.

As in all metaphor, wildlife can be involved (other fish to fry becomes autres chats à fouetter, literally other cats to whip) and these differences can also be characteristic. In French football commentary, for example, pigeons are well-represented, which will please Kirsten. A ball that can tuer les pigeons (kill pigeons) is equivalent to put it into row Z (editor’s note: Kirsten really likes this one); but one of those glancing airborne outside-of-the-boot passes or finishes is une aile de pigeon – a pigeon’s wing.

However, literal translations of commentary clichés aren’t quite enough. As Sweevie said in our initial discussion, “it is super weird, though: I can negotiate a hard deal, discuss philosophy and just have a chat in English but it all falls apart if I want to talk football. So many concepts are so culturally ingrained”.

That’s the kicker. It’s not just that the same event in French might have the commentators saying “ooooooh la la la la” (imagine that said in a descending register) where the English say “he really needs to be doing better there”.  What are the concepts that are communicated with a single word in one language but need an explanatory paragraph in others?

It sounds bad, doesn’t it? Players as automatons. Robots, driven purely by data, with no room for artistry, beauty, or screwing-things-up-amusingly. And the dictionary definition does mean that – automatic triggers, reflexes.

Yet that’s not quite what it means, in football. The best alternative might be tiki-taka. Those reflexes take years of practice to build up, require working together to develop collectively. Yes, the word encompasses finishing, keeping possession, the overall efficiency of the passing game, but automatisme is a concept that also covers those trained instincts, and the understanding between colleagues.

Which brings us on to…

…yes, also tiki-taka (percuter le ballon being roughly equivalent to to ping it around) but there is more to this conceptually; passing rhythm, but also impact and penetration, breaking through the lines. Not just sterile domination (cf. M. Wenger) but doing something with the ball.

So – automatisme is the process of building up play, but also deals with the intangible concepts behind how that is enacted, the relationships, the training; percussion is also that process, but from the outcome perspective, the impact, the effect, that play can wreak.

…not, as Google Translate or Wikipedia might have you believe, that the atoms of the players have a high capacity to combine with the atoms of other players, or to use more than one musical key simultaneously, but versatility and multi-tasking.

For example, Bryan Dabo, ex-Montpellier and now at Saint-Etienne, was, I think, mainly a centre-back when he arrived in the MHSC senior team, and has been called into action there again as les Verts have not so much a defensive selection headache as a full-blown migraine complete with aura. Dabo is mostly used as a defensive midfielder. He has filled in at right-back. He can be shifted to left-back in an emergency. Against PSG at home in 2014-15, after a series of substitutions, he ended up playing left wing. In another match, I’m sure, late on he was acting as an auxiliary striker. Yes, Montpellier have a thin squad so everyone except the goalkeeper (and Vitorino Hilton, he’s 39) is expected to fill in wherever, but forget ‘can play on either wing’, that is polyvalence.

Towards a universal language

Having watched football commentated on in numerous languages, some of which I speak, some of which I don’t (thank you streaming), what is interesting to me is that you may not understand all the words, but you know what they are saying. Because we are all watching the same thing. And usually thinking the same thing. So whether that long-range strike gets the full Goooooooooooool treatment or what a hit, son, what a hit! or c’est incroyable ce but!, it is something we all understand. Because football is a global language, and our commentators, reports, and articles just speak a dialect of that. 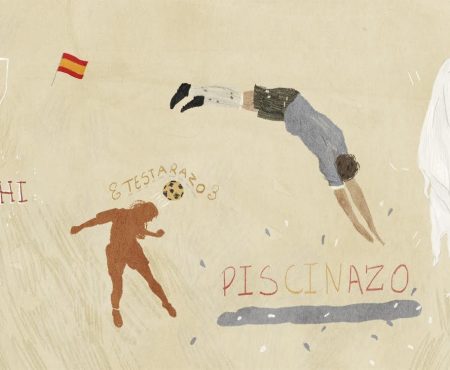 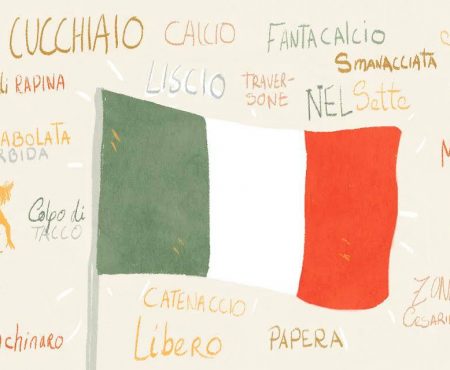 A maledetta from the trequartista: deciphering Italian football 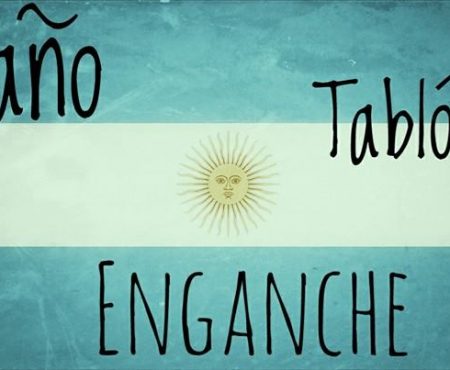