On March 18, 1996, Joachim Fernandez and Zinédine Zidane both played for Bordeaux in the return game of the quarter-finals of the UEFA Cup. After losing 2-0 two weeks before, they won 3-0 against AC Milan, the team many considered as the best in the world. Bordeaux would go on to play against, and lose to, Bayern in the finals. It is still remembered as one of the best and unexpected runs at the European level of a French club in the 90s.

Twenty years later, on January 4, 2016, Zidane was appointed manager of Real Madrid. He would lead the team to three Champions League trophies in as many years.

Two weeks later, on January 19, 2016, Fernandez was found dead in an abandoned warehouse at the age of 43. He hadn’t had a stable housing situation for several years.

But this isn’t the story of whatever friendship Fernandez and Zidane might have had—there is no record of their paths crossing much after that 1995–96 season. And this isn’t a true crime story. It’s the story of a man who seemingly was on this way to the top of the world before things slowly started to deteriorate and came to a sad conclusion on a cold winter night in a Parisian suburb. While some publications were quick to paint him with the same brush as other “earned too much, burnt too fast” players, the full story of the demise of Joachim Fernandez is quite complex.

Fernandez followed a path many other players walked before and after him—sign a decent contract, earn a good salary, send money back to help the family, make some bad investments, get injured, have no plan for a future not related to football.

There is little public information on Fernandez’ early life and upbringing beyond the basic facts: he was born on December 6, 1972, in Ziguinchor, Senegal, a city that sits on the Casamance river and is home to over 200,000 people today but was closer to 100,000 back in the 1970s. The city is the birthplace of several football players, including Aliou Cissé, who captained the national team during their 2002 World Cup run to the quarterfinals and is now the Lions manager. As a youngster, Fernandez trained with ASC Yeggo, a team from the Senegalese 2nd division before trying his luck in France. He landed at the Bordeaux “centre de formation”, the same place that produced the likes of Bixente Lizarazu and Christophe Dugarry. Interviews with his managers and fellow trainees from the time show that he was a very promising player who was determined to make a name in football from an early age.

After signing his first professional contract with Bordeaux in 1993, he was loaned to second division teams (Sedan and Angers) before finally getting his big break in Division 1 (“Ligue 1” since 2002) in 1995 against Lens, followed shortly by his first UEFA Cup game against Betis. Although one might have expected him to be nervous before such an important game, when the media asked him if he was apprehensive before facing the Seville team, he blurted out his most remembered statement, “Pourquoi avoir peur ? Ils ont des chaussures, on a des chaussures. Ils ont des maillots, on a des maillots. La vérité, c’est sur le terrain, c’est tout.” (“Why be afraid? They have shoes, we have shoes. They have shirts, we have shirts. The truth will come out on the pitch, that’s all there is to it.”) It’s impossible to say if it was youthful innocence, cockiness or just natural calmness; all that’s certain is that, while he didn’t know at the time, that game against Betis likely marked the height of his career.

The following months were filled with very sporadic appearances for Bordeaux, nine Division 1 games in total, before signing with Caen and finally playing his first (and only) full Division 1 season. Then his resume reads like a badly planned gap year: Italy (Udinese – 1 game, Monza – 2 games, Milan – 0 games), France (Toulouse – 1 game), Scotland (Dundee – 7 games) before a final hoorah in 2001 in Indonesia (Persma Manado – 2 games). Fernandez was trying to do all he could to stay in professional football while battling injuries, including playing in pub league games in between contracts to stay in shape—he is still fondly remembered by those who got the chance to play with him during those improvised games.

So what happened between that career high of playing and holding his own against the best in the world and his final hours in an abandoned warehouse?

To some extent, Fernandez followed a path many other players walked before and after him—sign a decent contract, earn a good salary, send money back to help the family, make some bad investments, get injured, have no plan for a future not related to football. There are a few articles that seemingly blame his downfall on a lack of money smarts and mention the fate of a couple of 2002 World Cup Lions players who are now penniless, one even allegedly working as a waiter in a pizzeria to make ends meet. This interpretation of events does not take into account some of the choices we know Fernandez made, the accounts of those who have shared his life during the last few years and, to some extent, the sheer bad luck in the timing of the cold spell that hit in January 2016.

As described by all those who knew him, Fernandez was a quiet, proud and generous man. Even during his hardest years, he always made sure to keep a tidy appearance, did his best to keep healthy and opted not to share his troubles with those he was close to so as to not make them worry. He was a well-liked person—there are several mentions of friends who would let him crash their couch from time to time—but he would always choose to eventually go back to sleeping rough. He was also extremely proud of his son, now in his 20s, and his scholarly success, but cut off all contact with him as to spare his child from seeing his father’s problems. He would help others get through administrative tasks necessary to obtain documentation and navigate the French social security system [ref]. There is no information on if he attempted to get a spot at a homeless shelter but there is never enough space in such places, especially during the winter months—and perhaps he didn’t want to give up his habits and social links around Domont. He had, nevertheless, gone through all the steps of applying for social housing; he had received news that he would be able to move into his own place in a few days.

Perhaps that last bit of information, as reported by Le Parisien, is the hardest to come to terms with. He was so close to having a permanent roof over his head. He already had so much of his life together, against all odds. If he had just asked for a bit of help, if he had called on some friends. It’s impossible to do a post-mortem diagnosis—was it pride? did he only see himself as a burden? had he, as many other homeless people, mental health troubles that were never addressed and that is why he cut ties with people who were dear to him? All we know is that now he’s a line:

Joachim F., 43 ans, 19 janvier 2016, Domont 95”, in the list of homeless people who died in 2016, maintained by Morts de la Rue. His final resting place is Dakar, at the cemetery of Saint-Lazard de Béthanie.

Joachim Fernandez’ story is tragic; unfortunately, parts of it are too common in the sport. Many from that 1995–96 Bordeaux group would achieve greatness, others would have what the French call “honest” careers, some crashed out of professional football and found their calling elsewhere . . . and one could have been reduced to another footnote, a washed-out footballer who died too young. Cédric Anselin may not be a common household name but in 2017 he decided to tell his story. He wanted to start the conversation about mental health issues in football. He was a bit younger than Fernandez when he played in Bordeaux’ UEFA Cup run but he also struggled with injuries afterwards, moving as far as Bolivia just to find somewhere to play. As he tells it, once you experience so much so young and football is all you know, it is difficult to find yourself suddenly unable to play when you’re still, arguably, in your prime years.  There was no mental preparation for young players, “you were taught to be a winner and to not contemplate failure”. Eventually, he was out of money, left with dark thoughts and seemingly no way out. The first time his (now ex-)wife brought him back from the brink, the second time he made a last minute decision to call a friend who eventually persuaded him to talk to a doctor and get help in 2014. And life got better. Anselin is now the manager of a lower tier football club in the UK and has openly spoken about issues he has faced, including a personal retelling of his story for the Transfert podcast (in French). That call for help took enormous courage. It changed everything.

Today, places like Pôle Emploi (the unemployment office, which also offers workshops and career counseling) do their best to explain that “the probability of making it as a professional football player is close to zero” and provide statistics such as the ever increasing pay differences between the top  earners and those left behind in Ligue 1 and other lower tier leagues. Moreover, the realities of professional football are often masked behind the success stories of a very select few who last longer than the average six years (across European leagues, shorter in France): looking at statistics of age distribution in Ligue 1 throughout the years, there are always many more 19–22 year olds than players of over 28— while some might move abroad as they age, most fall out of top tier football, if not professional football all together.

There is some good news: clubs are beginning to take mental well-being into account. Each “centre de formation” linked to a professional club now provides mental health check-ups at least once a year; a select few Ligue 1 clubs (e.g., Nice) also have permanent mental health professionals on staff. Alas, this appears focused on resolving locker room tensions and helping players overcome game issues, rather than establishing a healthy work-life balance and developing coping mechanisms for life after football.

The Impact of the Covid-19 Crisis on Serie A Femminile, Part 2

The Impact of the Covid-19 Crisis on Serie A Femminile 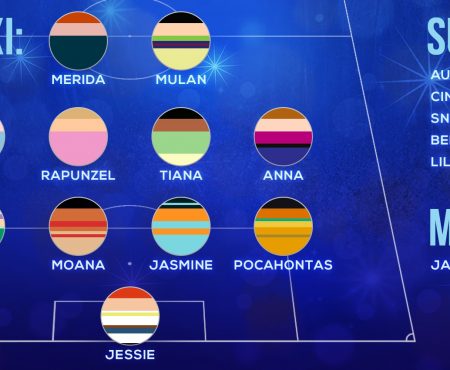 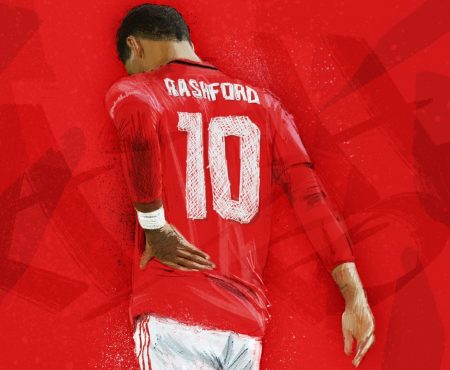